Langerhans cell histiocytosis (LCH) is a rare pre-malignant disease that can affect children and may have a lethal outcome. Researchers from Immunology and Pediatrics have made a strong argument that driver mutation in a hematopoietic progenitor lies at the origin of both localized and disseminated LCH disease forms. These findings have been published in the scientific journal Blood  and are featured on the cover.

The work has been led by dr. Astrid van Halteren and dr. Yanling Xiao, who have combined their expertise in disease pathology and mutation detection with advanced flow cytometry and in vitro cell culture.  For the first time, the diseased, mutated cells could be generated in vitro, from myeloid progenitors isolated from the patients’ bone marrow. This allowed mutation detection in diverse offspring of the progenitor, including LCH cells, but also macrophages and dendritic cells. Osteoclasts also originate from this progenitor, which can explain the osteolysis observed in LCH patients. Also in patients with localized disease, this variety of myeloid cell types carried the driver mutation, which argues in favor of a progenitor as cell of origin in all disease manifestations. This finding explains how low risk, localized disease can develop into high risk, disseminated disease. The authors advocate to use bone marrow cells for mutation detection, also in low risk disease, to facilitate prognosis. Importantly, since localized disease caused by a circulating progenitor can only be cured by systemic treatment, the findings also necessitate new treatment decisions. 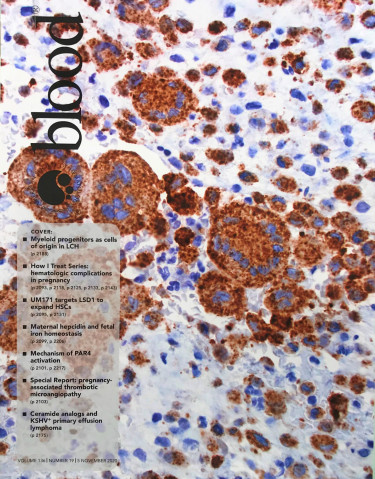