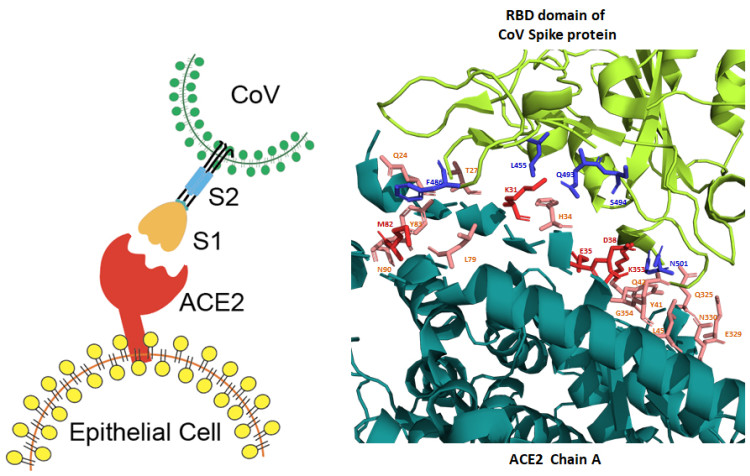 Remarkably, thus far the reports with details on “neutralizing antibodies” reveal that some of them do not recognize epitopes at the synapse region of the Spike protein, implying that they are merely hindering than truly blocking adherence of the Spike protein. Curiously, all five reported antibodies that do recognize synapse epitopes, are directed against one side of the synapse, while antibodies against the strongest binding region of the synapse have not yet been reported (Figure 2). 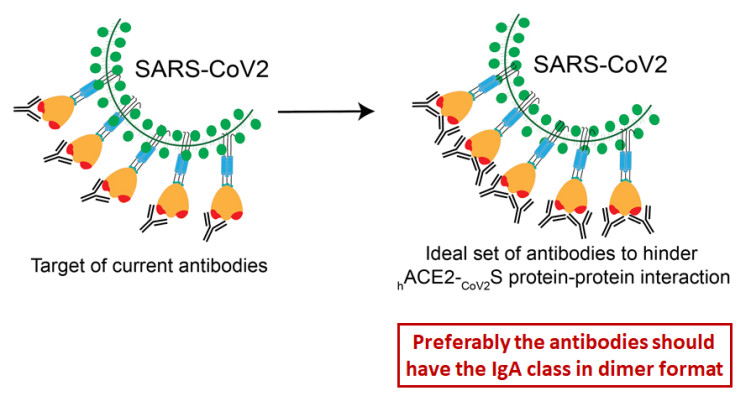 Whereas more than 4,600 different SARS-CoV2 genomes have been published since December 2019, with many different mutations identified throughout the viral genome, none of those mutations have been found at the sites of the synapse region in the viral Spike protein. This “stability” is a remarkable observation and suggests that this synapse region of the Spike protein has been “ideal” for the virus to target human ACE2 proteins from the start of the COVID-19 pandemic onwards. Consequently, the synapse region of the viral Spike protein is most likely the best target for vaccines to produce truly blocking antibodies that can prevent or significantly reduce SARS-Cov2 infection. However, as stated in the attached Immune Perspective, the authors speculate that multiple different high-affinity antibodies might be needed to efficiently block the Spike-ACE2 synapse, because of its unusually large size and its unusually high affinity.

The authors believe that the ongoing BEAT-COVID1 and SARS-Response studies at LUMC can provide more insight on this topic.